Committee on Race and Ethnicity

Committee on Race and Ethnicity

A major evaluation of the impact of 14 years of CORE work was conducted during the 2016 biennium. The results of the evaluation efforts were drawn from the reflections of the CORE and its consultants, the constituent survey, the consultation with faculty and staff, and the consultation with students and recent graduates. These varied data gathering processes helped to shape priorities for a grant proposal to fund the focus of the work moving forward.

In June 2020, under the leadership of CORE and the African American presidents and deans, ATS spoke decisively and intentionally into the crisis surrounding the killing of Black people. A Black Lives Matter webinar convened leading voices from ATS member schools to explore the theological implications of the taking of Black lives and the inherent challenges before the church and the academy. In addition, a Black Lives Matter open forum invited discussion from ATS executive and academic leaders about the impact and theological work needed to address the consistent killings of Black people.

History and Leadership
The first annual meeting of African American Presidents of ATS Member Schools was held January 21-22, 2003, at the Interdenominational Theological Center (ITC), Atlanta. Oliver J. Haney, ITC president, served as host for the meeting and new ITC president Michael A. Battle hosted the second meeting in 2004. Beginning in 2005, a different African American president hosted each annual meeting. Although the meeting locations changed, Edward L. Wheeler, then president of Christian Theological Seminary in Indianapolis, served as convener for the 2003 through 2011 meetings. Because three of the African American CEOs led university divinity schools at that time and had the title of "dean" rather than "president," ATS changed the meeting’s title to African American Presidents/Deans Meeting beginning with the 2009 meeting. Since 2011, the group has continued to have annual gatherings hosted by members of the group that include leaders at Historically Black Theological Schools (HBTSs) as well as those who lead at predominately White Institutions (PWIs). Other past conveners included Alton B. Pollard, III and Deborah Flemister Mullen.

Mission Statement
Purpose: (Who we are)
We are theological educators and scholar activists of African descent committed to the liberation of people, cultures, ideas and theological institutions in the United States and across the diaspora.

Our objectives are: (What we do)
• Be a community of peer support and accountability;
• Be unapologetic advocates and activists in ATS on behalf of HBTI concerns, educators, and peoples of African descent; and
• Be mentors of the next generation of theological executives and scholars.

With the goal of ensuring the continued presence and vibrancy of leaders and scholars of African descent in the work of ATS and theological education, more generally, we are guided by the following values:
• Ancestry (who)
• Commitment (what)
• Vision (what)
• Transformation (why)
• Liberation (how)
• Justice (how), and
• Community (where).

History and Leadership
As early as the June 2016 ATS/COA Biennial Meeting in St. Louis, conversations began about issues faced by Asian Americans within the ATS system. Jeffrey Kuan and Frank Yamada “hosted” a luncheon meeting and invited ATS Director of Research and Faculty Development Deborah H. C. Gin to make a few comments regarding ATS programming. Agreements were made to continue the conversation hosted by ATS with the possibility of creating a formal group for Asian executive and academic leaders within ATS. In November 2017, ATS staff met with four leaders about the formation of an affinity group for presidents and deans. A context, background, and history of ATS work with affinity groups was provided by Stephen Graham, ATS strategic director of context and continuity. Lester Ruiz, ATS director of accreditation and global engagement, talked about work with Asian leaders (faculty) some ten years earlier, and Gin spoke about the 2016 Biennial Meeting and the goal of having the group see ATS as its organization. The diversity among Asian descent leaders was noted as both a challenge and as an opportunity. By late spring 2018, a planning committee had been formed and began the process of convening the leaders around topics regarding how they saw themselves as a “group”— considering Asian perspectives on theological thinking/imagination and ways of cultivating collaborative cultures in Asian communities in North America and beyond. Currently, the group meets annually to consider issues of importance for the communities they serve. These leaders are also encouraging the creation of strategic alliances and the cultivation of leadership development across ATS ethnic affinity groups of presidents and deans.

Guiding Statement
The Asian Descent Presidents and Deans (ADPD) Affinity Group of the Association of Theological Schools is a community of fellowship, collaboration and learning that gathers to:
• form new relationships among its members,
• nurture their vocational aspirations in theological education,
• address their shared concerns to enhance the educational vision and work of the Association, and
• cultivate a network of alliances, strategic coalitions, and solidarity among Asian and Asian descent theological educators.

As a community of theological educators, the ADPD group seeks to respond effectively to new and emerging issues relevant to theological education, acknowledging its missional presence both in churches and communities of faith and the broader public of society from the unique vantage point of its Asian identity.

History and Leadership
As early as June 2017 a representation from this group of leaders met with ATS staff at Princeton Theological Seminary. The goals of the gathering were:

• to get to know one another for mutual support and networking,
• to explore possibilities for developing a "pipeline" towards executive leadership,
• to discuss what Latin@ leadership/experience offers to the conversation of models of theological education, and
• to explore a long-term strategy for Latino/a presidents and deans (CEO/CAO) network/gathering

This inaugural meeting spearheaded more annual gatherings. Additionally, in response to its desire for more frequent and collegial connection, this group of ATS presidents and chief academic officers currently gather bimonthly to engage one another around areas of common interest and concern as theological school leaders. As a part of their work, they explore what Latin@ leadership/experience offers to the conversation of models of theological education, share experiences uniquely related to their leadership, and discuss ways of developing pipelines toward executive leadership for women and new scholars. Recent emphases for group exploration have included a 2021 virtual event—Haciendo el Camino al Andar—We Make the Way by Walking—where leaders explored the journeys of Latinx executive leaders in theological education, examined the landscape of foundation philanthropy to the benefit of Latinx communities, and engaged one another around the topic “what’s new in the neighborhood and on the horizon” to discuss what shape Latinx theological education might/should take for the future. In 2021, a Canvas engagement site was created to support the virtual event for leaders of the group, and the site serves as a continuing resource for connection, learning, fellowship, and sharing. New and/or experienced leaders who join the group can access the site to hear stories, to support one another in their journeys, and to imagine new futures together: "we make the way by walking!"

The current work of the ATS staff and the CORE advisory committee prioritizes the following areas:

412-788-6505, ext. 228
young@ats.edu
Mary H. Young joined the ATS staff in June 2017 as director of leadership education. She was responsible for planning and implementing leadership education programs for administrators in ATS member schools, including conferences and workshops for academic officers, development personnel, financial officers, and student personnel administrators as well as the programs for Women in Leadership (WIL) and the Committee on Race and Ethnicity (CORE). As director of CORE and WIL programs, she will continue to oversee the work for those two initiatives on a part-time basis for the 2022–2023 academic year.

Young came to ATS after 23 years in service to Samuel DeWitt Proctor School of Theology of Virginia Union University in Richmond, Virginia, most recently as assistant professor of Christian education, and director of the Master of Arts in Christian Education program. She also led the seminary in institutional effectiveness, accreditation preparedness, data collection, grant reporting, and program evaluation. Having guided the seminary in discussions around online learning, she also completed a Wabash Center program on online teaching for theological faculty.

Ordained in The American Baptist Churches, Young has served as minister of education at several churches in the Richmond area and written church school curricula for the denomination. She brings to ATS her experience as a pastoral leader, workshop facilitator, and consultant in Christian education for churches and other organizations.

Her publications include sermons in Preaching Funerals in the Black Church: Bringing Perspective to Pain (Dr. Peter M. Wherry, author/editor, Judson Press, 2013), and Those Preachin Women, Volume 4 (Dr. Ella P. Mitchell, editor, Judson Press, 2004). She is coauthor of “Small Investments Yield Big Rewards: How One Seminary's Faculty, Staff, and Students are Working Together to Put a Dent in the Debt Crisis," an article in the Theological Education journal. Forthcoming publications include “Religious Education and Communities of Learning: Inspiring Religious, Social, and Public Political Activism" in From Lament to Public Advocacy: Black Religious Education and Public Theology.

A graduate of Virginia Union University in mathematics, Young earned her MDiv from Virginia Union and her EdD from Union Theological Seminary and Presbyterian School of Christian Education. 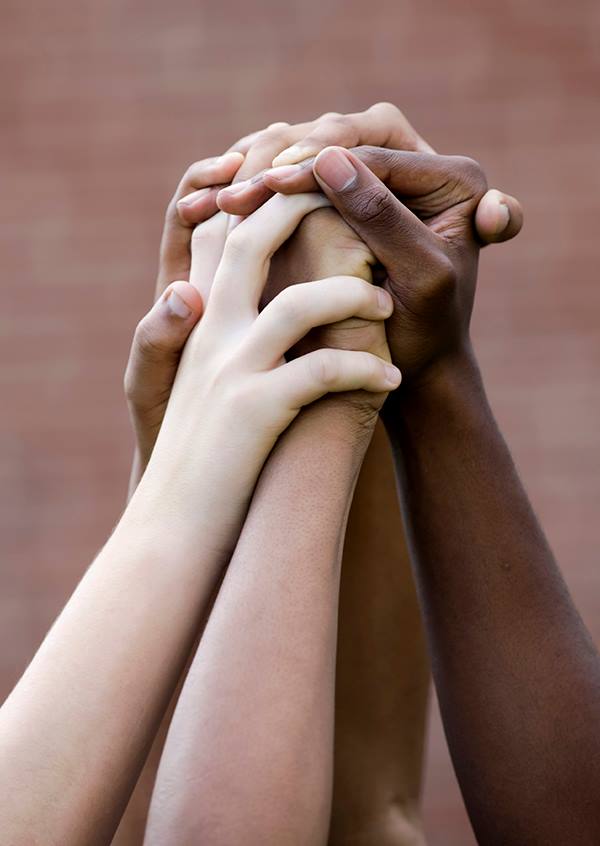 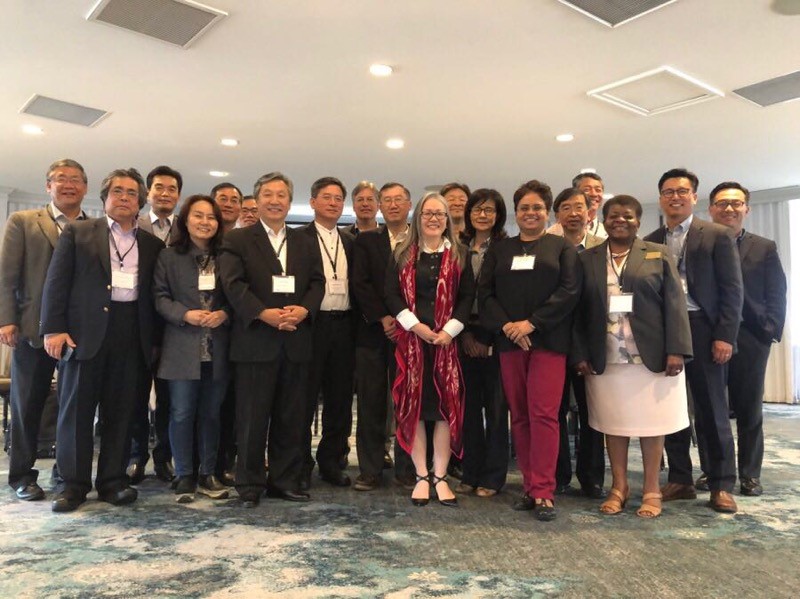 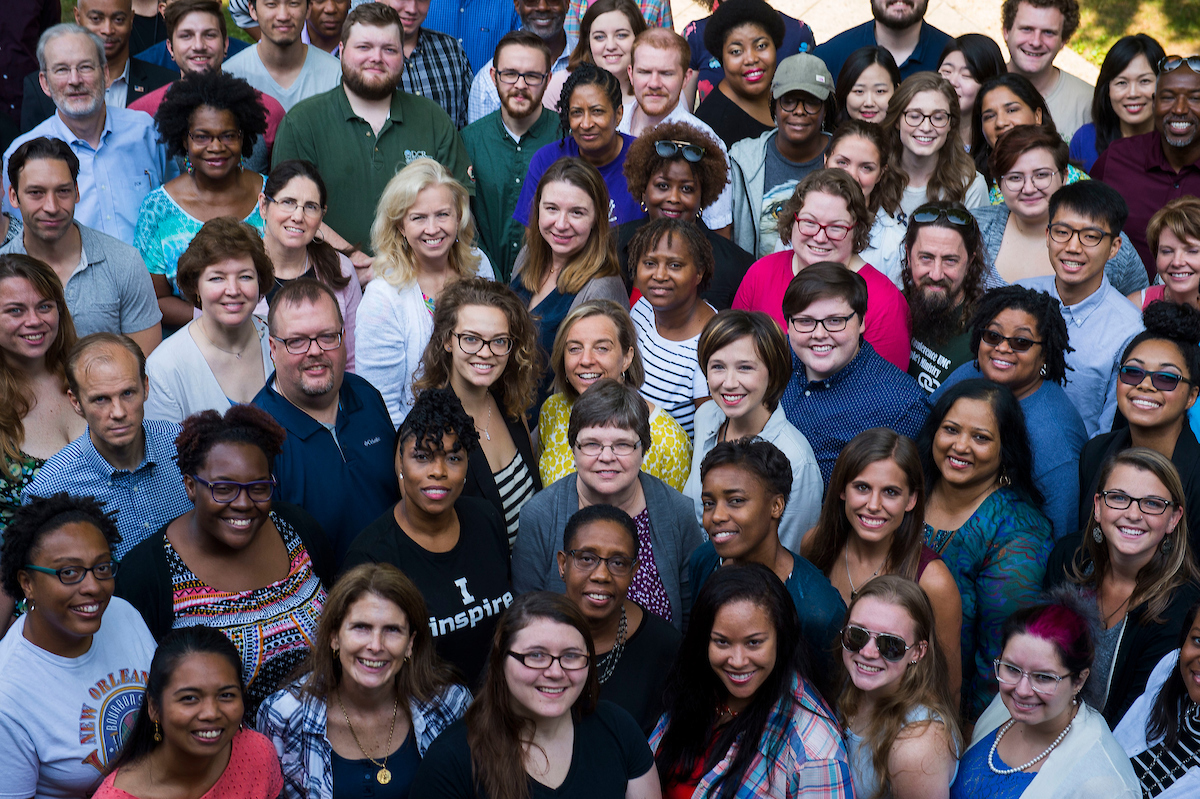 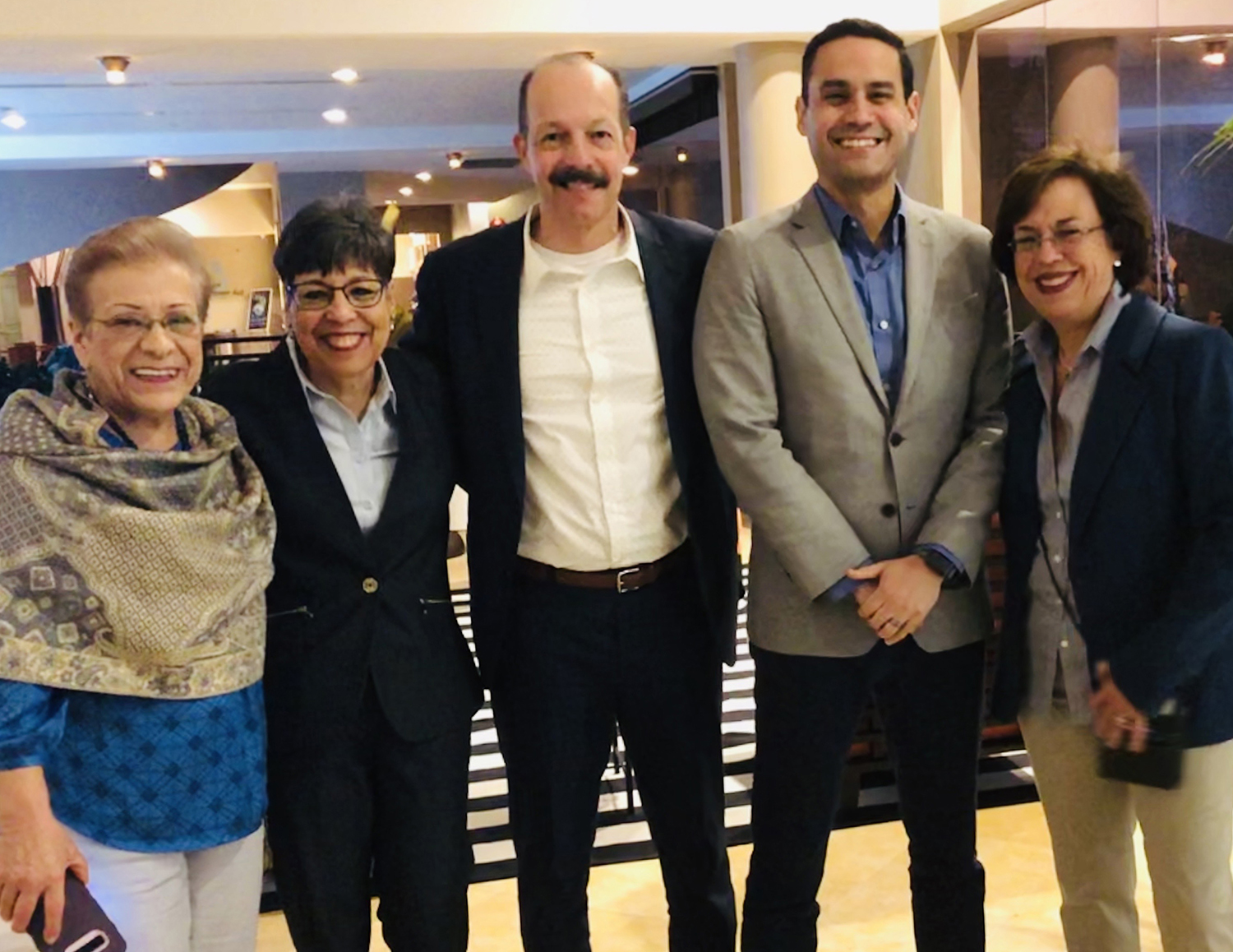 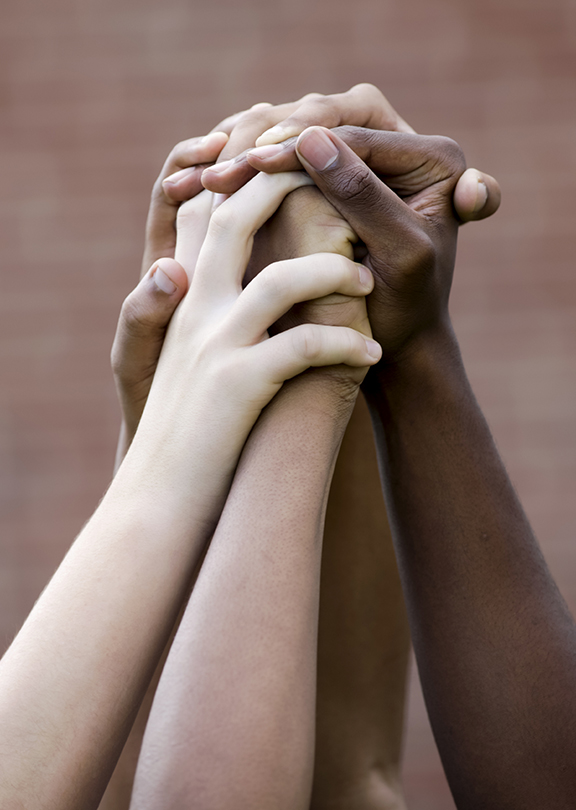 Tears to hearts—Baptist Seminary of Kentucky responds to racial justice 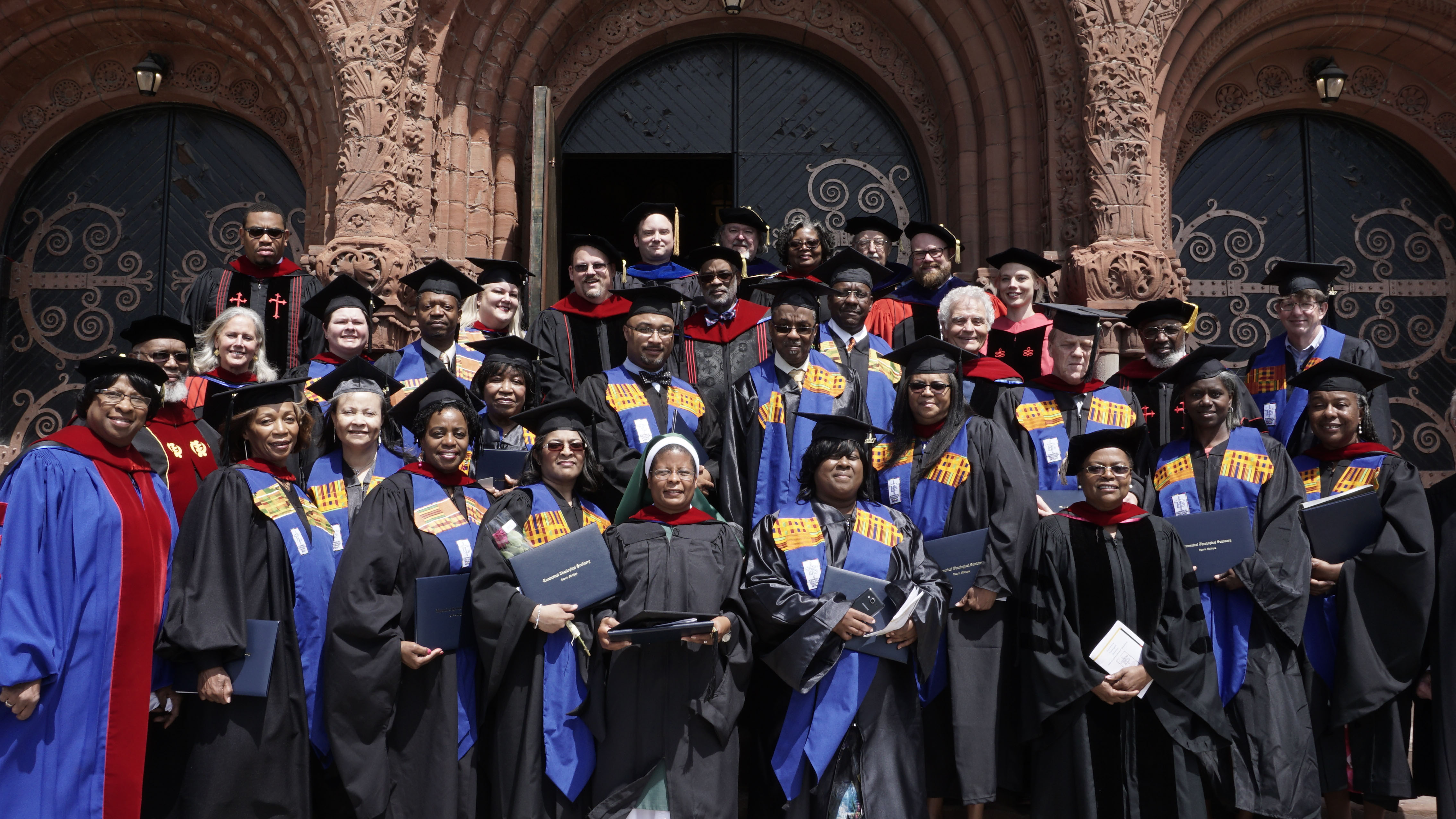 How well are we doing on race? A realistic assessment rooted in research

© 2023 The Association of Theological Schools, All Rights Reserved
Website by Morweb.org