ATS partnered with The American Association for the Advancement of Science (AAAS) in a Templeton Foundation funded program to explore the relevance of science in seminaries. The goal was to incorporate science into theological school curricula and, thereby, support a growing number of pastors who are equipped to help their congregants find answers to science-related questions. The initiative hoped to create an atmosphere in places of worship where science is relevant, complementary, and important to religious worldviews and ultimately promote the appreciation for science in the broader society. It also encouraged dialogue among scientists and theologians through a mutual exchange of ideas in one another’s professional contexts.

In the first pilot phase, ATS member schools were invited to submit letters of interest to apply for grants that would support them in an effort to integrate more science into their core curricula, and ten schools were awarded grants. In January 2018, Science for Seminaries: Phase II was designed to promote positive and respectful dialogue between scientists and religious communities by supporting science appreciation among future religious leaders. Seven seminaries were awarded grants as a part of the 2018 cohort, and nine seminaries were chosen for the 2019 cohort. The Templeton Foundation also awarded ATS with a grant to fund a two-year study, "Engaging Science in Seminaries," to establish a baseline understanding of teaching about science within Protestant schools in the United States and Canada. The three-part project documented what is being done in theological schools, revealing strengths to be accentuated and weaknesses to be addressed by future programming.

In September 2021, the Science for Seminaries Seed Grant Initiative provided one year of flexible funding to more than ten ATS member schools. The goal is to help students and faculty members feel more comfortable when interacting with science and technology topics, and to build capacity for the schools to incorporate science more deeply into their theological education. Read more about the grantees and science topics to be covered.

To get ideas, apply, or learn more about the Science for Seminaries project, please visit www.ScienceforSeminaries.org. 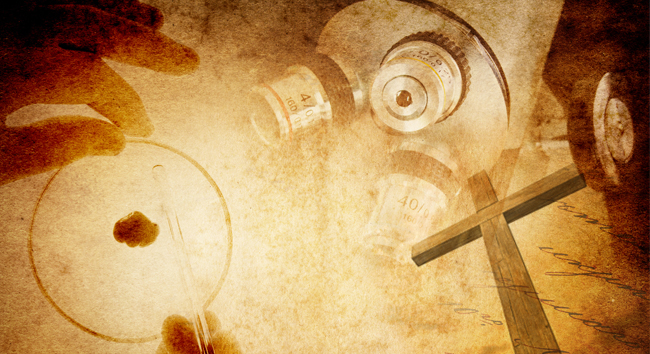 Science in Seminaries: 8 new findings and 5 next steps for schools to engage

412-788-6505, ext. 251
graham@ats.edu
Stephen R. Graham joined the ATS staff in January 2008 as director of faculty development and initiatives in theological education, was named senior director of programs and services in 2013, began assisting as a director of accreditation in 2020, and was named strategic director of context and continuity in 2021. Prior to joining ATS, he served as the dean of faculty and professor of American church history at North Park Theological Seminary in Chicago. A member of the American Academy of Religion and the American Society of Church History, he was active in the Chief Academic Officers Society of ATS and now provides staff leadership for the ATS School for New Deans.

Graham oversees the Association’s work of leadership education with presidents, is currently directing the ATS Organizational and Educational Models in Theological Education project, and provides the historical perspective of who ATS is and what it has been as an organization. He works to contextualize the Association's past legacy and its present, and studies how the two contribute toward the future. He has published two books—Cosmos in the Chaos: Philip Schaff’s Interpretation of Nineteenth Century American Religion and Come to the Table: North Park Covenant Church, 1898–1998, A Century of Heritage and Hope—as well as numerous articles on the history of Christianity in the United States and theological education.

He holds an MA from Wheaton College and a PhD in the history of Christianity from The Divinity School of the University of Chicago.

© 2023 The Association of Theological Schools, All Rights Reserved
Website by Morweb.org